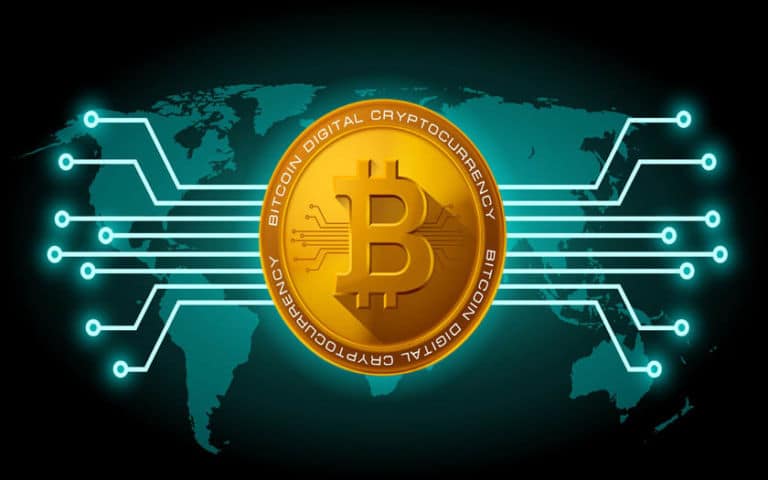 Bitcoin, Ethereum, Ripple and hundreds more: cryptocurrencies are becoming more and more popular. Inspired in the past by mistrust or mockery, they now arouse curiosity and interest. One of the peculiarities of cryptocurrencies is mining, a process that allows anyone to participate in the creation of these cryptocurrencies and to recover part of them in exchange. But what exactly are cryptocurrencies? What is mining and how do you do it? Is it profitable to mine Bitcoin? So many questions that we will answer.

What is a cryptocurrency?

A cryptocurrency is an electronic money which is exchanged via a decentralized, secure peer-to-peer computer network and which is not subject to any central authority. This network operates autonomously thanks to open source software and whose exchange security is guaranteed by blockchain technology . All information and transactions are therefore stored and verified in a moving database present on a network of interconnected servers and computers.

It is a virtual currency which, as its name suggests, is encrypted. That is to say that only its owner can use it because it holds the code, which can take various forms, but generally that of personal information. The best known of the  cryptocurrencies is Bitcoin, of which a theory grants the authorship to Elon Musk, the boss of Tesla . But there are many others, such as Ethereum, Litecoin, Ripple … Each has defined a maximum amount of currency to put into circulation. For example, there will never be more than 21 million Bitcoins in circulation.

How to mine cryptocurrencies?

Mining is a process of securing transactions in a block that complements the blockchain. The encryption is carried out by very complex mathematical calculations performed by the miners’ computers. The latter are thus essential to the mechanism of cryptocurrencies and participate in securing the currency that they help to create.

To easily explain what mining a cryptocurrency is all about, security expert Andreas M. Antonopoulos does anology with Sudoku. “To describe mining, we could use the example of a gigantic sudoku competition where participants start a new grid as soon as someone finds a solution. It would be fairly easy to verify that a completed grid is completed. But it will take a lot of work to complete it! The puzzles to be solved in the bitcoin network are based on cryptographic hashes and have the same characteristics as these sudoku puzzles: they are very difficult to solve but it is very easy to verify that a solution is good , and their difficulty can be adjusted ”.

As an individual wishing to mine a cryptocurrency , it is better to join a community to join forces. Because unless you have a very large amount to invest, mining will be too difficult to do alone. This community will provide you with software. Once installed, just let the software run and let your computer run.

Once a block is completed, the benefit is shared among community members in proportion to the computing power they have provided. Currently, 12.5 bitcoins per block are distributed, i.e. more than 110,000 euros at the current rate (December 1, 2017). Understand that you yourself receive only a tiny part of the sum, up to what you have contributed. This can ultimately amount to less than a penny.

Earn money by mining Bitcoin (or another cryptocurrency)

But beware, mining may seem attractive on paper, but it is not for everyone and many precautions must be taken. First of all, it requires a significant material investment. Your computer must be extremely efficient to provide enough computing power to allow you to be paid.

It is the processor and the graphics card that are put to the test. It is even advisable to use computer hardware specific to mining to hope to produce a fairly attractive yield. The price range is of course very wide, a computer dedicated to mining can be assembled for less than 1000 euros but will look pale in front of computers with a six-figure price.

Then you have to think that the energy consumption of such an activity is absolutely phenomenal . Beware of the electricity bill therefore. If you are tenants and you pay rent with charges included, do not expect to get away with it cheaply, your landlord will really hallucinate by seeing the amount on the invoice and there is no chance that you will not ” don’t have to pay the bill. Electricity consumption is really an important factor, we insist on this point because it is often relegated to the background while it is essential. According to New Scientist, bitcoin mining consumes about as much energy as Ecuador over a year.

The profitability of cryptocurrency mining in question

You understand, mining costs a lot of money in equipment and electricity. There is no way you can be sure that it will pay off for you and it is better to think twice before getting started. Those who can get out of it are individuals with an important source of natural energy that they produce themselves (solar, wind, geothermal, hydraulic), but very few individuals are concerned.

In fact, many miners are losing money today , a situation they accept because they think the loss will be offset by the increase in the value of the cryptocurrency over time. In any case, it is strongly advised not to embark on Bitcoin or Ethereum mining now if you are a private individual, because their value is already very high. Rather, you should bet on promising cryptocurrencies that have yet to take off. Generally, debates take place within communities to identify which cryptocurrency is worth it at the moment.

Ultimately, it turns out that cryptocurrency mining is a risky business , even when joining a community. It requires a huge investment in IT equipment and electricity to generate more than a few cents, and the return on investment is not guaranteed. If you decide to try your luck, it is better to target cryptocurrencies that are still unknown and just waiting to grow.

If you believe that the value of a cryptocurrency can increase , it may be better to buy foreign currency directly than to go through mining if you are an individual. Currently, profits are generated by very large networks or companies that specialize in mining, with initial investments of up to hundreds of thousands or millions of euros.

Less risky alternatives: mine others for you

Note that other solutions exist. Energy rental or computing rental are types of subscriptions taken out with mining factories. Subscribers’ money is used to invest in improving the cost / benefit ratio, by reducing electricity consumption or increasing the mining rate. Productivity increases and you then recover a larger share of revenue , while the cost of your subscription remains unchanged throughout the duration of the contract. Cryptonomos offers this kind of service.

It can be a good solution because you do not have to worry about almost anything and the investment is dispersed between several cryptocurrencies to limit the risks: if a fall, the others can compensate. If you think the general cryptocurrency ecosystem is solid, then Unity Ingot looks interesting. To find out more, you can consult our file dedicated to buying and investing in Bitcoin .