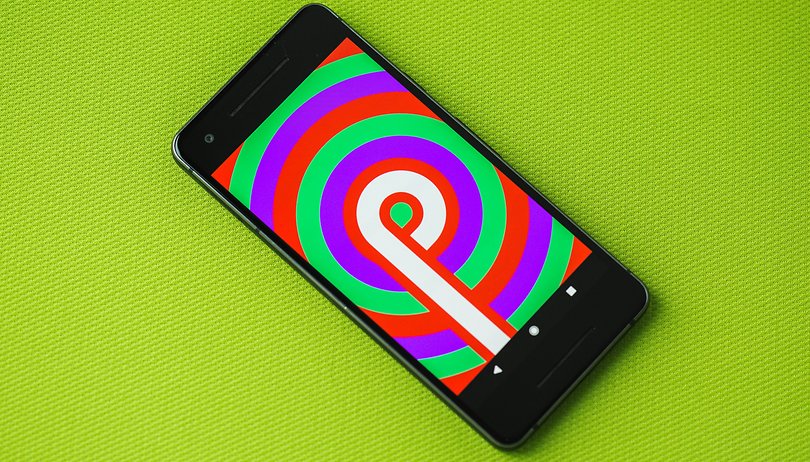 Android 9 Pie is now available as a final version for pixel smartphones from Google. Of course, the new version also introduces some new features. In this article you will find all information about the new functions.

Gesture control: controversial, but the future

Manufacturers have been working on gesture control for a long time – since Apple’s iPhone X it has been clear that there is no way around it. Now Google has presented its own version of it. This is how it works: The home button becomes a bar and also displaces the multi-task button. On the bar, swipe up once, then five suggested apps and thumbnails of the most recently opened applications appear. Swipe up again and the App Drawer appears. In the video you can see the new gesture control particularly impressively.

It is practical that you can now surf through the open apps by sliding the home bar to the right. This takes a bit of practice, but is quick and easy after a short time. You first have to activate the new gesture control manually. Google should already do that for the Pixel 3 for you.

Google sees the future in the new gesture control. User tests have shown that new users cannot do much with the three conventional buttons.

If the new gesture control is the big highlight of Android 9, then the new display orientation control is the small one. In the future, you can lock the orientation, but tilt the smartphone and then manually rotate the content – with a small button. Perfect for Google Photos or YouTube.

Machine learning features are the hype of the day – keyword AI. Google has implemented some in the new Android version. The brightness control now learns from your manual readjustments. Gradually, your display adapts to your habits.

The topic of AI has become even more popular with apps: depending on your smartphone behavior, Android stops background activities (or not). That should ensure a nice runtime boost – which we can only assess in the coming days.

In the multi-tasking view, Google suggests apps based on your behavior that you may want to start. And in the app drawer there are actions that offer apps. Here, too, machine learning works in the background and learns from each individual interaction.

Given the complexity of smartphones, these are valuable aids. In the long term, Google wants to further dissolve the classic homescreen app drawer paradigm in order to develop customized interfaces for users. Android veterans will likely have to switch to alternative launcher.

The sober look of Android has had its day. Google is now opting for a colorful, newly defined Material Design 2.0. This can be seen clearly in the settings, where each icon has its own color coding. There are no gimmicks in the notification bar, but there are rounder shapes. In many other places, Google has reworked animations – for example, we now see the Google colors when we set up a fingerprint to unlock it.

More security: Not everything works with the app update

Every Android update receives new security measures that work deep in the system. There is now a lock for background apps to access the microphone or camera. An effective measure against all kinds of spyware activities by malware and overly curious advertising apps.

Android Pie changes the way you can display two apps side by side. Now you swipe the home bar up and long tap on the symbol in the middle. Then a context menu opens with the option split screen.

The time has moved to the left. This measure is due to the new support for displays with Notch. Actually unnecessary, and unfortunately cannot be changed in the final software. When using Android Pie for a long time, however, it is striking that Google apparently tries to reduce some classic components of the Android experience. The new position of the time ensures that notifications no longer stimulate typing so conspicuously.

Who will see all of these changes?

And quite apart from the general update question on Android Pie. Because it is already clear that not every new pie feature is actually rolled out to all smartphones: intelligent brightness controls are already available from some Android manufacturers. This also applies to gesture control or the look of the user interface.

It is clear that the new multi-tasking view will probably become mandatory for Android Pie devices. With all other big features, however, this is not definitely said. It is conceivable that the manufacturers will pick the best pieces of cake for their pie software.

With the final release, the snail race for the updates has started. The tumbling manufacturer Essential distributed the final update for the Essential Phone on the first day. So of course the established manufacturers like Samsung, HTC, Sony or LG are standing there with their pants down: Why don’t they do what Essential seems to do effortlessly?

There is hope for owners of one of the new Nokias, because HMD Global will hardly wait until autumn to roll out the updates. No manufacturer has specific timetables. All details about the updates to Android 9 Pie can be found here:

Thanks to Project Treble , Google was able to bring the beta version together with hardware partners to eight non-Google smartphones. With a little luck, these smartphones, which are now being supplied, will be updated to the final version in late summer. Together with Qualcomm, Mediatek and Samsung, Google has also developed improvements in the exchange of information. Now the chip manufacturers coordinate their work better with the Android team, which should ensure less overlap. The result: faster updates and earlier smartphone releases with Android P.

Android Pie is a very strange Android release. There are many visual changes. Functionally, however, there appears to be a clear standstill. Samsung, Huawei and LG in particular will only actually adopt some changes.

With Android 9 Pie, Google shows which route you want to take in the future: Android is now being developed entirely as a system for the pixel, the other manufacturers are welcome to see what they want to take away. Google is becoming more selfish and is changing the platform at its own discretion. This is not bad news for users, because Google now has enough know-how in the house. Deviating steps will probably become even more attractive for manufacturers in the next few years.

It will be exciting to see whether the manufacturers will actually distribute updates faster. There are hopeful signs: Essential published the Pie update at the same time as Google. Announcements from other manufacturers are still a long time coming.

Android Pie looks like a turning point in the recent history of Android.