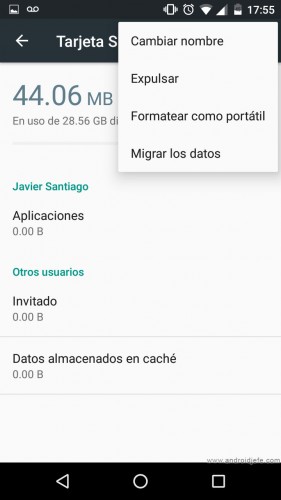 The Android 6 «Marshmallow» operating system literally and physically allows you to increase the internal memory of an Android, as long as the device has support for an external or micro SD card.

The trick is to configure that micro SD as internal memory, and for that Android 6 provides an “Adoptable storage” option in the system settings, “Storage” option. There you have to select the SD card installed in the device and choose the option that says ” Format SD card as internal storage “.

Although the total storage of the device will be shown as the sum of the internal factory memory plus the capacity of the micro SD card, the system allows you to separately view and track the capacity (used and free memory) of both. 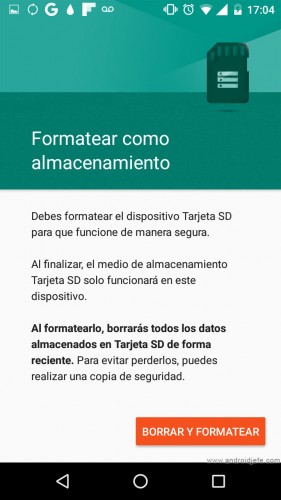 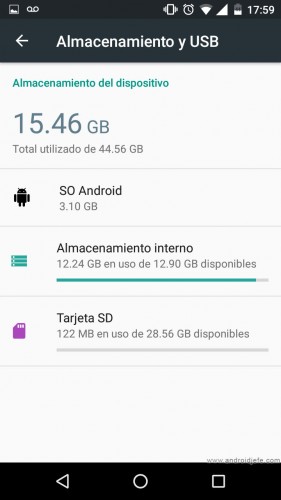 Above: Screen to format the SD as internal storage. Motorola Moto G device with 16 GB of internal memory originally (Device Storage), which increased to 44.56 GB after “adopting” a 32 GB SD card (28.56 GB of usable capacity).

The good thing about formatting SD as internal storage 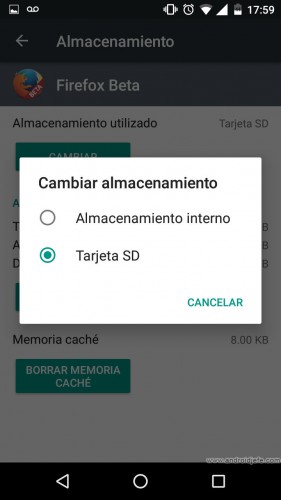 How to configure SD card as internal memory

How to expand the internal memory of a cell phone (LITERALLY)

How to fix FULL memory on Android