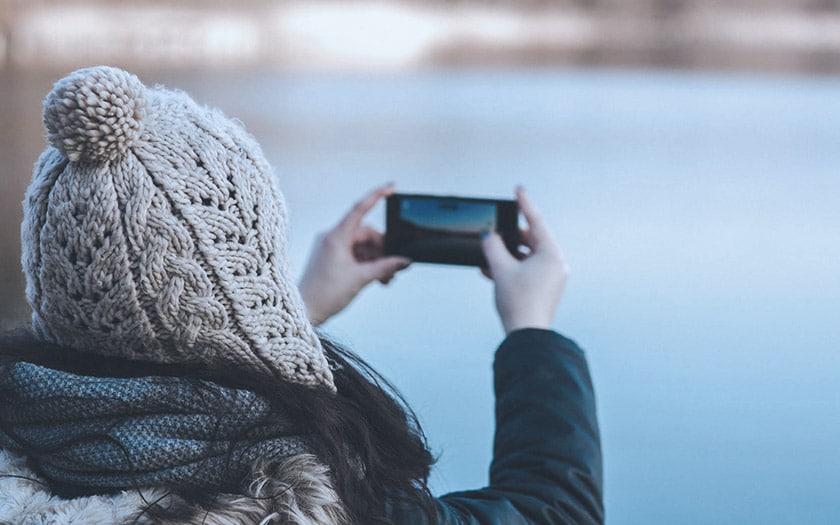 It’s also winter for our smartphone. And like us, our most faithful daily companion has a cold more easily. However as soon as it is cold, our smartphone does as it pleases and turns off by itself, unexpectedly. This does not mean that your smartphone is defective! But why does this phenomenon occur? And how to fix it? We tell you everything!

Being a journalist or a high-tech blogger gives rise to recurring situations in a private setting. Friends take us for the Bible of new technologies, and we are sometimes faced with existential questions such as ”  should we charge our smartphone all night?” “,” Is the iPhone better than the Samsung? “,” And what is your phone? “,” And you what do you think of smartphones at 1500 euros? “ .

And then sometimes, like a glimmer of hope in a very gloomy daily life, a friend named Giovanni asks you THE question: “hey poto, you who work in this, you know if my laptop has a problem because as soon as it it’s cold, it goes out on its own while the battery is almost full, it’s a hassle ” . But yes, not c ** this question! After a little research, we have the answer. And we tell you as a bonus how to avoid the phenomenon. Who do we say thank you? Thank you Giovanni!

Don’t panic, your battery is fine

If your smartphone turns off when it’s cold, don’t panic, that doesn’t mean your battery is defective . In reality, it is even the opposite. While waiting for other technologies, such as graphene for example , smartphone batteries use lithium-ion. To simplify, the lithium-ion is based on a chemical reaction on the basis of fluxes of electrons creating electric current. The advantages of lithium-ion are manifold. Batteries are cheaper for manufacturers and can contain a lot of energy in a very dense space.

The biggest drawback is that the lithium-ion is very sensitive to temperature variations. The speed of the chemical reaction is more or less rapid depending on the ambient temperature. The colder it is, the slower the reaction and the less energy the battery provides. The cold also has a second Kiss Cool effect (it was easy). At low temperatures, the internal resistance increases and the voltage decreases. Below 2.7 volts, the smartphone is therefore deceived and thinks that the battery is discharged . So it goes out.

Read also: why the cold affects the batteries of our smartphones

Aware of the phenomenon, some manufacturers reassure their customers. Apple provides full information on the subject on its official website. ” It may be that you found that using an iPod, an iPhone or iPad in a very cold environment alters autonomy. This is a temporary condition. Once the molecules in the battery have warmed up, the battery recovers its previous capacity, ”  explains the manufacturer.

Do not panic! Just wait and warm up or plug in your smartphone and everything will return to normal. If it had died out with 89% of battery, it will return in the same state of form. Or you can prevent rather than cure. A few small everyday gestures can prevent the cold spell.

Some tips to avoid the cold spell

You don’t have to be a genius to know how to avoid the cold on your smartphone. Just take good steps and keep it warm. So avoid storing your smartphone in pants pockets. The cold gets in easily. It is best to store it in an inside pocket . For users of two wheels, this advice is to be systematically adopted. The handbag should also be avoided. What warms the smartphone is the body temperature. Putting it between your body and a good coat is the best way to avoid the cold spell.

If despite your precautions the smartphone still turns off, it is important not to accelerate its warming. Placing it on a heat source is not recommended (radiator, hairdryer, etc.). As for chemical reactions, a thermal shock could create instability and damage the battery and / or the smartphone . Simply place your smartphone indoors, at room temperature (unless you work in a workshop where it is -5 °).

If however you do not have the possibility of storing your smartphone in an interior pocket, special shells exist . They are not design models but they have the merit of preserving your smartphone. If you go skiing for example, they will be very effective. Not only do they protect from the cold but they are also fall protection.