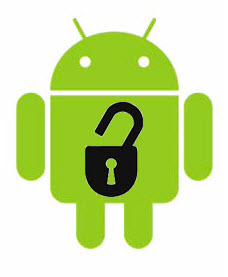 Root is a modification made to the software of an Android device to expand its possibilities. In old cell phones it was quite “necessary”, due to the great limitations of this platform. Currently Android has evolved a lot, it is very complete and rich in functions, so the root has been losing followers and some consider it an unnecessary procedure.

Although rooting an Android phone has its advantages, it is also a technically risky procedure, which if it goes wrong could prevent your phone from turning back on normally and even expose it to malware and viruses. Find out as much as you can and proceed under your responsibility.

What does root mean and what is it for?

In computing and Linux, root stands for “superuser” or administrator. This is a special user, who has the ability to do and undo anything on a computer. That is exactly what you achieve when you root a cell phone. You get the superuser “power” to do things that as a normal user you couldn’t.

For example, normally your Android device only allows you to access a part or “partition” of internal storage called “userdata”. This is where your files, applications, changes are stored and where you can get around. But there are other storage partitions that are protected, such as “vendor” or “system”. Factory applications, images and default sounds or key Android files that determine its operation are stored there (for example, the build.prop file). With rooting, you “open the lock” of those partitions and you can alter everything they contain.

The best advantage of rooting your cell phone is that you will have the possibility to use a world of root-based applications that give you infinite functions. For example, tracking apps like Cerberus will allow you to activate the GPS remotely (something important to locate your Android in case of theft), see the WiFi passwords stored in the cell phone, record calls in good quality without using the speakerphone, etc.

Root can also be a pretext for a store to void your warranty for a physical or hardware failure that has nothing to do with rooting or software. Illogical? I have even been warned not to update the operating system to maintain the warranty of a computer.

How to be root

IMPORTANT : Before rooting make sure you have an Android system image backup , or nandroid backup . You can do this from a custom recovery like TWRP. In case something goes wrong you can restore this image and return your device to its previous state.

Before using any of the tools below to root your phone, you must unlock the device’s bootloader .

Bootloader unlocking varies from brand to brand. On Samsung phones it is as simple as activating the OEM Unlock option  in the settings (Developer options). In Pixel you only have to send the command “fastboot flashing unlock” (without quotes) using FastBoot. Other brands have a similar method based on Fastboot as well, although more laborious because an unlock code is required and must be requested from the manufacturer. That is the case of Motorola and Xiaomi, for example.

If you use Fastboot to unlock the bootloader, all data on the device will be erased. Make a backup of them.

This is the fashionable method to obtain root permissions. The great advantage of Magisk over other root methods is that it is an open source tool that is fully documented.

Technically, Magisk does NOT alter the Android system partition, but only the boot partition. In other words, it is less invasive. Precisely for this same reason is that, despite rooting with Magisk, in theory you could download and install software updates over the Internet or “OTA”. You will also have the option to “hide” the root, something necessary to make banking and payment apps work.

A great extra to use Magisk is its module repository to customize your Android device. Something similar to what the Xposed Framework offered .

According to official information, Magisk is supposed to work with any device that has a compatible Android version (4.2-9). Unfortunately, the installation is somewhat technical. There are various installation methods, depending on the device software. The simplest method is to flash the Magisk ZIP through a custom recovery.

Instead of rooting your Android, an alternative is to replace the original software or firmware with one that is already rooted, which you can get in Mobi Firmware for some Samsung, Motorola, Asus and Nexus devices. This is a ChainFire website, best known for creating the “SuperSU” root management application (an app that was sold to the CCMT company).

Many tools to root Android appeared first in XDA-Developers, so this is one of the sources that you should visit and search if you can’t find the right method to root your phone.

If I had to recommend a root method it would obviously be Magisk. The rest of the alternatives mentioned below are discontinued and will probably not work with current Android versions. They are also more invasive, because they modify and add files to the system partition. This implies that they may have problems with system updates. They are also not thoroughly documented as Magisk or are “open source”. Some have even been accused of having malware and adware.

There are APKs for old versions of Android that gained fame at the time and allowed to root devices in one touch, such as TowelRoot (developed by GeoHot, who managed to unlock the iPhone and crack the PS3). There’s also Framaroot or z4root , which were born on the XDA-Developers forums. Kingroot was also a very popular APK, but unfortunately they detected that it had viruses or malware.  Kingo Android Root is another famous APP, although of unknown origin, which also has a PC version.

Another way to gain root access is with the help of PC programs like SuperOneClick Root or Byn4ry , which appeared on the XDA forums in the Android ICS and Jelly Bean era, although they are currently discontinued.

How to know if I am root

The Root checker application tells you if your device is rooted.

If I root my cell phone, will everything be erased?

The internal storage of your Android device is divided into several partitions or virtual “hard drives”. One of them is «system» which is where the Android system files are stored and which is the one that root alters. In the case of Magisk the partition “boot” is altered. Your applications, files and personalization are in a different partition, called “userdata”, which is not affected by root at all. Much less are the data on the SD card, which is external physical storage.

The data loss problem may arise if the root procedure goes wrong. In that case the device may not turn back on and it will be difficult to recover your information.

In addition to the above, remember that unlocking the bootloader, a previous step to root, can erase all the data on the device.

Can I remove the root?

This is another advantage of having rooted with Magisk. Undoing the root is as easy as uninstalling the application and deleting residual files, as outlined in Lifehacker (English). If you used other tools, some of them have an option that apparently removes the root (Unroot), such as Kingo Root or Framaroot. You can also restore the system image that you should have created at first as a backup.