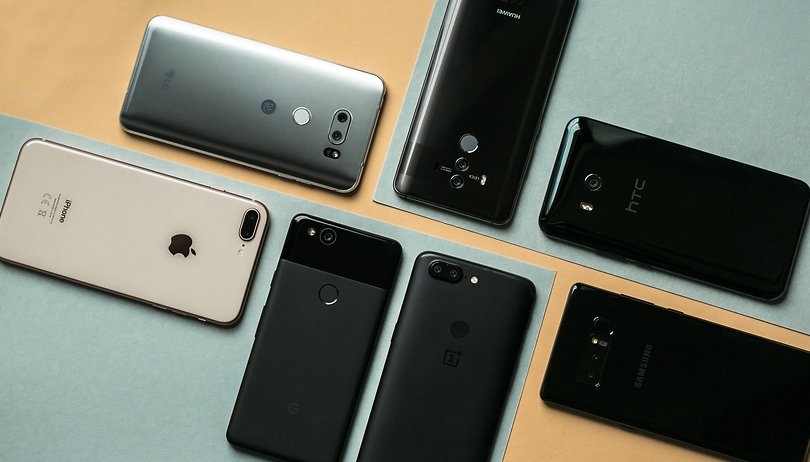 Which smartphone takes the best photos? We want to get to the bottom of this question here. However, we do not evaluate the image quality, but yours. The participants on the smartphone are the Google Pixel 2, the LG V30, the HTC U11, the Huawei Mate 10 Pro, the Samsung Galaxy Note 8, the iPhone 8 Plus and the OnePlus 5T.

The HTC U11 and especially the Google Pixel 2 are certainly among the favorites, but both use the same image sensor – but differ in the image processing. In terms of software, our HTC U11 is already at the level with which the U11 Plus is also supplied. The image quality should therefore be the same due to the sensor, which is also identical.

Two other exciting models are the Galaxy Note 8 and the iPhone 8 Plus , which also always shone in tests with the image quality. The Huawei Mate 10 Pro with the Leica optics and the light intensity king LG V30 with aperture f / 1.6 also raise high standards. The OnePlus 5T finally is significantly less expensive than its competitors and will unlock with an improved camera compared to its predecessor the absolute flagships.

Requirements for the camera test

The seven smartphones had to compete against each other in a total of six different situations. With every smartphone, we took three photos of each motif with the standard camera settings in automatic mode. From these pictures we have chosen the most successful one. Using Photoshop, we adjusted the image section a little, if necessary, so as not to reveal the respective smartphones with their different focal lengths.

We have reshuffled the order of the photos for each motif. Figure 1.1 does not necessarily come from the same smartphone as Figure 2.1. In the meantime we have evaluated the results. Here you will find the resolution of our camera blind test  – with an interesting surprise. At this point we have added the names of the respective smartphones under the pictures so that you can get an idea of ​​your personal favorites.

Our first motif is an autumnal still life with pumpkin and tangerine. Together with the two apples and the lighting from only one side, there are a lot of orange and red tones that pose a challenge for one or the other smartphone. It is also interesting to see here how the smartphones deal differently with the rather shady areas and either brighten them very much or leave them largely unprocessed. Finally, the colors yellow and green are represented with the bananas and the leek.

The second picture shows a Berlin neighborhood from the inside. Here we photographed the old buildings during a rare sunny morning, which was not easy for one or the other participant. The partly slightly yellow or old white buildings tend to confuse the white balance. In addition, the dynamics of smartphones were in demand here: The various high brightness differences between light and shadow compensate differently for the various participants.

Which smartphone took the best photo in the sunshine?

The task here is clear. The tiny smartphone sensor is designed to capture bright photos with as little noise as possible. However, this is always a Vabanque game for the developers of the algorithms for image processing: too much noise reduction destroys details and colors. Another challenge here is the difference in brightness in the image and correct white balance.

Which smartphone did the best when shooting at night?

Our fourth motif is a typical November scene in Berlin: gray sky and gray buildings with a few remnants of green in between. Is it possible to make such a motif appealing? In this scene, tell us which picture you liked best.

Which gray cityscape appeals to you the most?

The next motif is about details – and colors. We photographed this plant under mixed light. To the left was a bright daylight lamp, incandescent light comes from above. Ideally, the wall behind the flower is white – and the leaves have numerous shades of red and orange as well as fine details.

Unfortunately, there was one participant in this comparison who did not want to focus on the center of any of the three photos. Accordingly, the section taken from the center of the picture is unfortunately somewhat blurred. In order to maintain the same conditions for all participants, we deliberately did not adjust the focus (and therefore also the exposure) with a tap of the finger on the display.

Which macro shot do you find most successful?

The last motif is also a typical winter scene, in which artificial light with different light colors meets daylight. White balance is required here. Due to the many light sources, there are sometimes quite large differences in brightness in the image. In this scene, vote which smartphone delivers the most coherent photo.

Which mobile phone did best in mixed light?