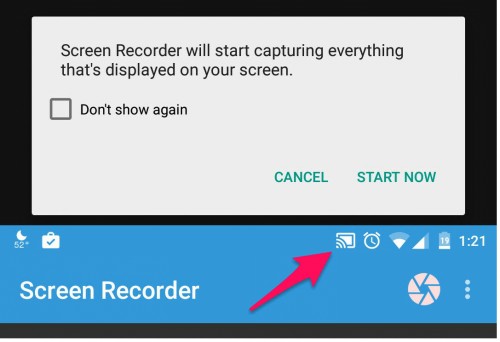 There are several applications on Google Play that are used to record the screen of an Android. All of them without exception, including this application, need root permissions to do this. You can record the screen without root with the help of the PC, but this is another matter.

With Android 5.0 Lollipop you no longer have to root your phone or tablet to record the screen. This version of Android comes with a new “API” that will allow developers to create applications that no longer need superuser permissions to videotape the screen of the device. 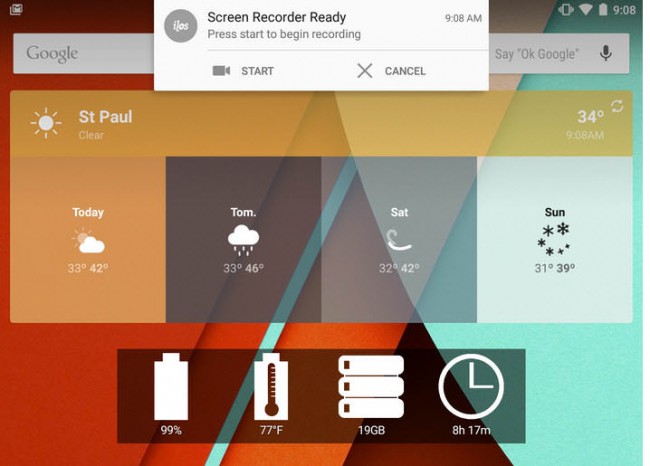 Going to the more technical part of this matter, it is the new android.media.projection API that will allow developers to capture on video everything that happens on screen, with the exception of content that is safe or delicate. This API will not allow recording the audio directly, but apparently the application developers will be able to integrate the audio that enters through the microphone in the video. This means that, if the application allows it, we can have a complete video, with audio included, without being root.

Any application that will record the screen using this API will have to ask for the user’s authorization through a confirmation screen. Here you no longer have to worry about that app silently capturing the screen.

Apparently, a specific icon (similar to Chromecast) will appear while the screen is recording.

If your phone has Android 5.0 Lollipop, taping the screen will no longer be a reason to get root, something that was necessary in KitKat and all previous Android versions. Of course, we will have to wait for developers to create applications with this feature or update existing ones. If an application asks for root permissions in Lollipop to perform this task, immediately consider it suspicious and look for other alternatives. There are already a couple of them right now, like Lollipop Screen Recorder or ilos Screen Recorder (although it is installed in Android 4.0.3+ it only works in Android 5.0) but they are quite basic. Another very popular one is AZ Screen Recorder, also available on Google Play.

How to record screen on Android 4.4 or higher, NO apps

How to record the screen in Android 4.3 and old versions (Root)